This free book helps beginners to understand the reasons behind various coding constructs. And this book does not focus on any programming language. So, you can think it is for java or C# or whatever…(Examples were given in pseudo programming language)

Please sorry for grammar mistakes, English is not my native language. You’re welcome to point out anything I can improve on. Thank you!

Statements are commands in your program which instructs cpu to do something. Statements are executed in sequential order (one after another). Following is an example:

The simplest form of our code would be something like this:

Variables allow us to capture & reuse the result of calculation.

After you declare the type, you need to specify the name of the variable. This name can be use anywhere in your program where you want to use the value it holds.

Sometimes we want our program to take decisions by reading external inputs. Without decisions, our program acts in same way for any input.

You can use following coding formats:

Following program reads an input from user & prints some details according to the value of that input. 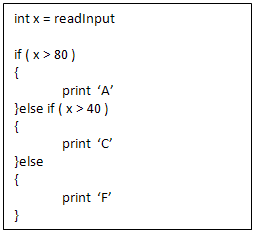 That’s why we have loops! When we want to do the same thing again & again, we are using loops to do that.

Imagine you need to write a program which reads birth day from a user & print his age. You may write something like this:

Suppose now you need to read another user birth day & print his age. 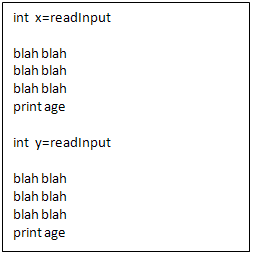 Functions/Procedures allow us to use same calculation for different values.

So, if we have used blah blah code section within a function, we don’t need to fix the same code multiple times.

When we declare a function, first we need to specify the return type. Return type specifies the type of output value of that function. For example: If we return a number, return type is int.

This is how we use that function within our program: 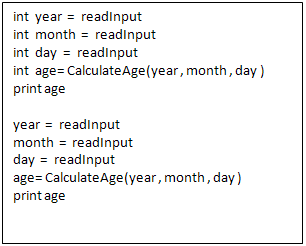 (Also you can declare variables inside of the function. We called them as local variables.)

What if you call a function within itself? Well, that will make an infinite loop unless you make a break condition. Such behavior can be use to create another kind of loop called recursion. 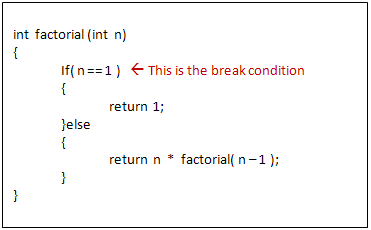 If you call the factorial function with number 4 as a parameter:

Same behavior can be created using a loop:

Note: Thinking in recursion instead of loops will expand your brain. But it will break your stack at some point!

Suppose you want to make a function which holds some kind of state.

That’s ok for two buttons. But what if we want to handle 10 buttons?

To use first code example as a template, we put it into a class.

Then we can use that class to create copies of it. Each copy of this class is named as object/instance of that class. The process of creating new object is named as instantiation.

If you look at the class definition code, we have named our class as Button. By declaring a class, we also introduce a new type into our programming language. We can define variables using this new type. We named those variables as references.

In this code, x is a variable and y is a reference.

Important: variable holds a value and reference holds an object.

To create a new object of class, we use new command with class name.

To capture the created object, we use a reference.

Now reference y holds an object of Button class. Let’s create another object of that class.

Now y and z holds two different objects whose type is same. Changing state of y does not affect the state of z.

According to the Button class definition, buttonPressed is a method & state is a field.

To access members of an object, we use the dot character.

Calling a method of an object is also called Invoking a method. When we consider class internals, method invocation of an object accomplish by sending a message into that object.

Let’s move into our Button example. Since we have a class, we don’t need to create one global variable & function per button. Instead, we create one reference & object per button. That’s easy…